“The tooth came home wrapped in tissue, tucked inside a baggie, and went under my daughter’s pillow the minute she threw down her lunch box,” my friend continued. “Then, along with her sister, we did homework, took showers and read at bedtime. It was business as usual. Until the next morning that is,
because I was so tired and pre-occupied that the Tooth Fairy forgot to visit her.” 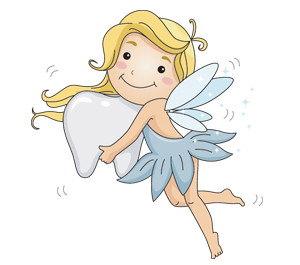 It was a defining moment fueling the negative life formula we all know too well: Guilt + Addicted to Busy (see prior post) = I’M NOT GOOD ENOUGH.

My friend’s daughter was inconsolable, but with the help of the teacher, they smoothed things over. The Tooth Fairy came the next night with a silver dollar and the incident faded.

But, years later, my friend recants this moment as if it happened yesterday.

“I honestly think of it as one of my biggest parenting failures,” she said sadly. “My daughter is a junior in college, but I can still see her little face. Even today, when she knows the Tooth Fairy is a magical attempt to hold on to innocence, she too, recalls it with clarity.”

Acknowledging her daughter has forgiven her, the life formula became a pattern for my friend, and so many others. One mom tells of her efforts to get her son to soccer while she was supposed to be on an important conference call, both at the same time.

“I decided to do it hands-free in the car,” the mom shared. “My son had his earbuds and all was going well until I ran out of gas. I let myself get pulled in two directions, and my son missed the match. Additionally, I missed a lot of important information because I wasn’t concentrating on the call. I felt so guilty, and so ineffective.”

In this case ineffective meant, you guessed it, not good enough. And really, haven’t we all been there? Something slips through the cracks and we beat ourselves up?

What would have happened if my friend, and the other mom in this story said, “Wow! That was rough. What can I do to avoid a situation like this in the future? And, really what good does guilt do besides taking away a learning opportunity for myself, and my child?”

Let’s change the formula above to: Mistake or Oversight + Love & Self-Acceptance = Positive Personal Growth (PPG – Remember this acronym). Let’s throw I’M NOT GOOD ENOUGH into the hazardous waste bin and try not to recycle it.

As a Professional Life Coach, I use this life formula daily, and aim to live it by example, both at home and at work. It’s an on-going practice, but the PPG is well worth the effort.

Have your own story, or formula for combating I’m Not Good Enough or other pointers for guilt-free living? Do Share!

And as always, I’m here to help. Love, Deb